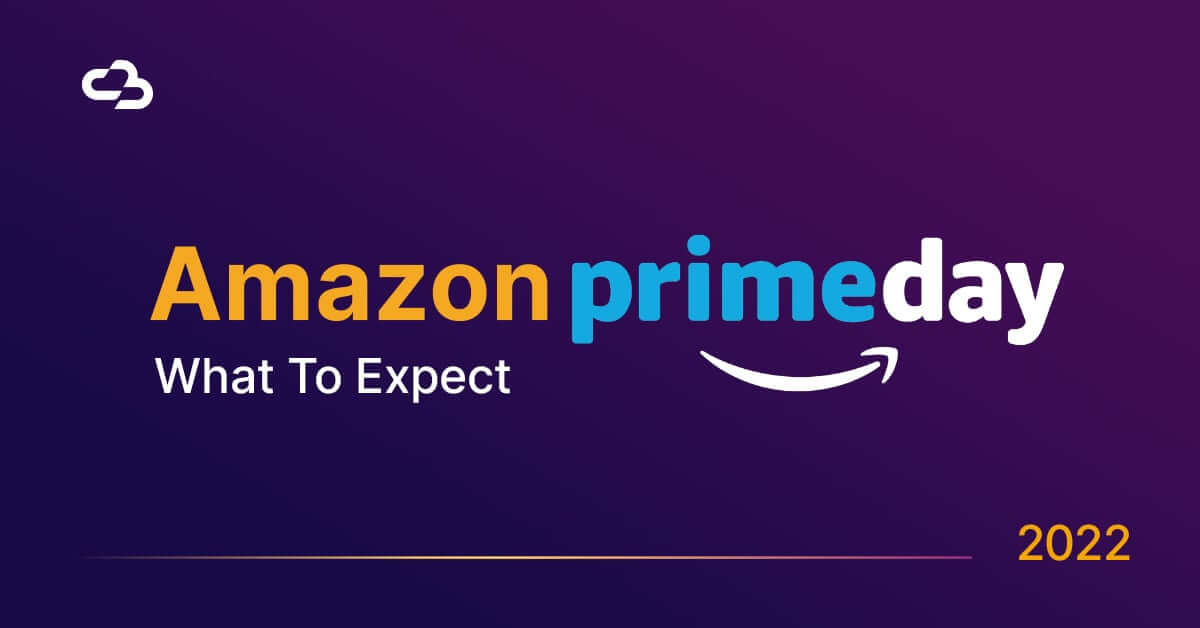 Channel Bakers is sharing the results of a recent survey of Amazon Prime members that suggests the more than 112 million US Prime members are planning to show up in force for Prime Day 2022. 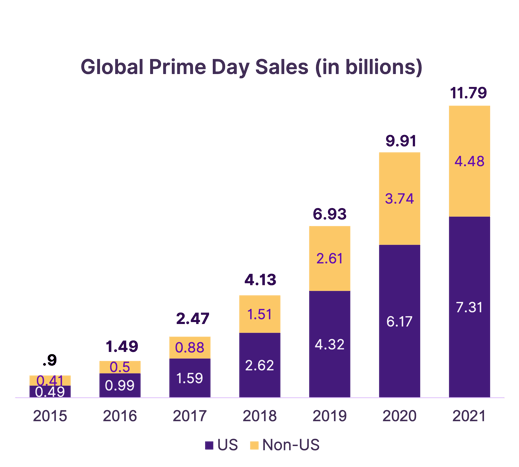 Will shoppers show up? And will they buy? 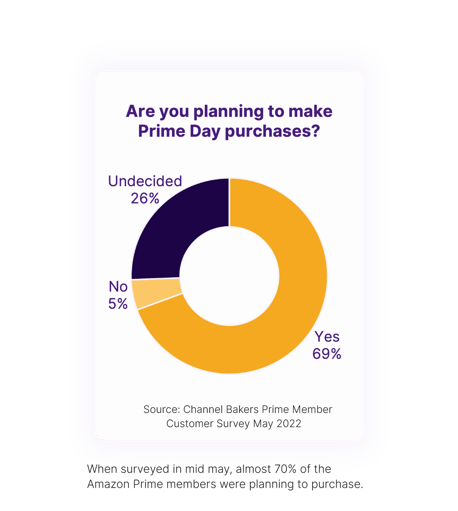 With Amazon Prime Day 2022 just days away and international news dominated by fears of an economic slowdown, many advertisers have pulled back on their advertising spend anticipating less consumer demand for Prime Day.

Last year the two Prime Days in June grossed $7.31 Billion in the US.

“Prime Day couldn’t come at a better time for shoppers. Mid July is a kick-off point for Back-to-School and Off-to-College shopping,” says Joshua Kreitzer, CEO and founder of Channel Bakers.

“Everything that kids and students need will be on sale. What a gift to parents and families this year.”

What will shoppers be buying? 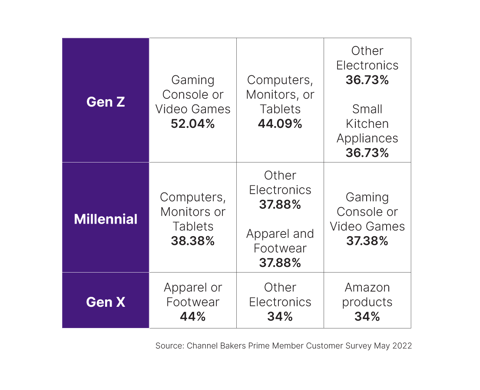 Back in 2015 when Amazon kicked off the very first Prime Day to reward its Prime Day members, more than 34.4 million items were ordered.  Twenty-four hours and 24,000 insta-pots later, Amazon recorded its biggest day ever with record-breaking unit sales and more than $900,000 in revenue.

Products that sold well then like Amazon devices, consumer electronics and small kitchen appliances, continue to do well. But the Channel Bakers survey did find some interesting differences by gender and by generation. 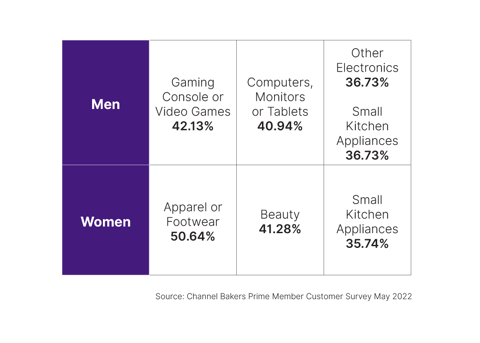 The Gen X segment is literally gearing up to engage with the world. 44% of the Gen X Prime Members surveyed say they are most interested in purchasing apparel or footwear during Prime Day. This underscores the growth of the apparel and footwear category online. Once thought to be one of the last brick-and-mortar holdouts, this category is now one of the fastest growing on Amazon.

From a gender point of view, there is a split among the sexes. Men are more likely to be buying high-ticket, one-time purchase items, while women are stocking up on items they regularly purchase.

Overall, 27% of respondents plan to use Prime Day to try new products or brands. 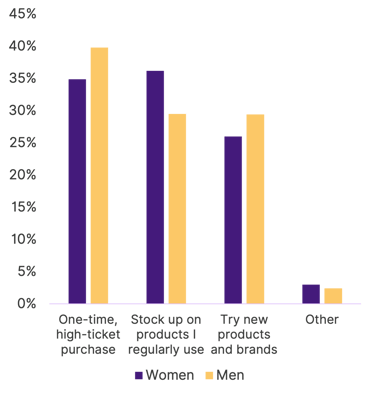 While the vast majority of Prime members are buying for themselves, they are also report buying for important other people in their lives.

Who they are buying for varies along generational breakdowns.

Millennial Prime members are buying for themselves and their spouses/partners. Gen X is also buying for their kids. The Gen Z respondents are more likely to buy for other family members and for friends.

Prime Day might otherwise be called “ME Day” with

90% of all shoppers planning to buy items for themselves.

Sharing the bounty or planning ahead?

For those Prime members who were planning to purchase items for people other than themselves, we asked them if WHEN they planned to give the gift.

It seems that Gen Z has the edge on planning ahead. 60% said they are planning to hold the item(s) for a future event like a birthday or anniversary or even hold until Christmas. The other age groups were pretty evenly divided between giving the gift immediately or holding for a future date.

Prime Day shoppers are stockpiling for the December holidays.

Just under 20% of shoppers plan to comparison shop on Prime Day. Other retailers know that and many have deals of their own during Prime Day.

The savvy shopper, may save a little money by taking a few minutes to comparison shop before checking out. However, Amazon does price-match competitor deals, so they likely won’t find the SAME item at a competitor for less. They may however find a SIMILAR item for less. 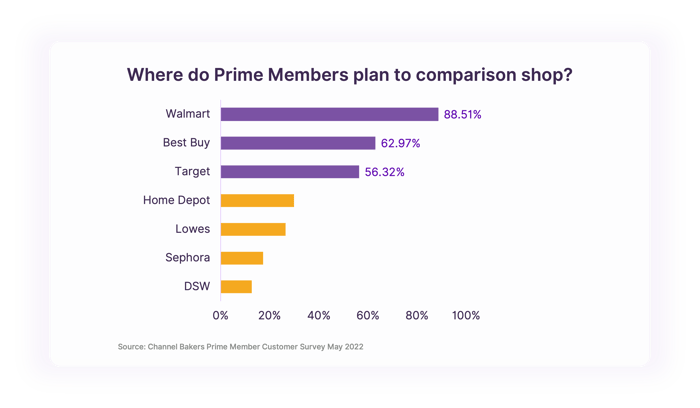 Survey respondents are most likely to comparison shop at Walmart, Best Buy and Target which is totally in keeping with the heavy focus on electronics, kitchen items and apparel.

17.8% of Prime Members plan to comparison shop on Prime Day

Where do Prime Members do

Unlike the holidays, Prime Day is a two-day event. There is built in urgency to act. Prime Day(s) usually falls mid-week. Carving out the time to shop during Prime Day can present a challenge in and of itself. 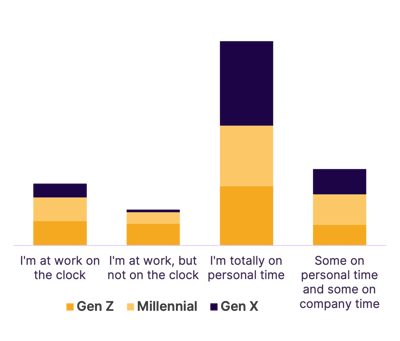 Most Prime Day shoppers are shopping during their own personal time. 67% of Gen X are totally on personal time vs  47% Gen Z and 48% Millennial. We found Millennials and Gen Z were almost twice as likely as Gen X to be at work and on the clock when they are researching and making Prime Day purchases (19% vs. 11%).

Channel Bakers surveyed 500 Amazon Prime members in the United States between May 7 and May 9, 2022 to gauge their anticipated purchase behavior during Prime Day 2022. Respondents to the online survey were all members of the Pollfish survey panel. 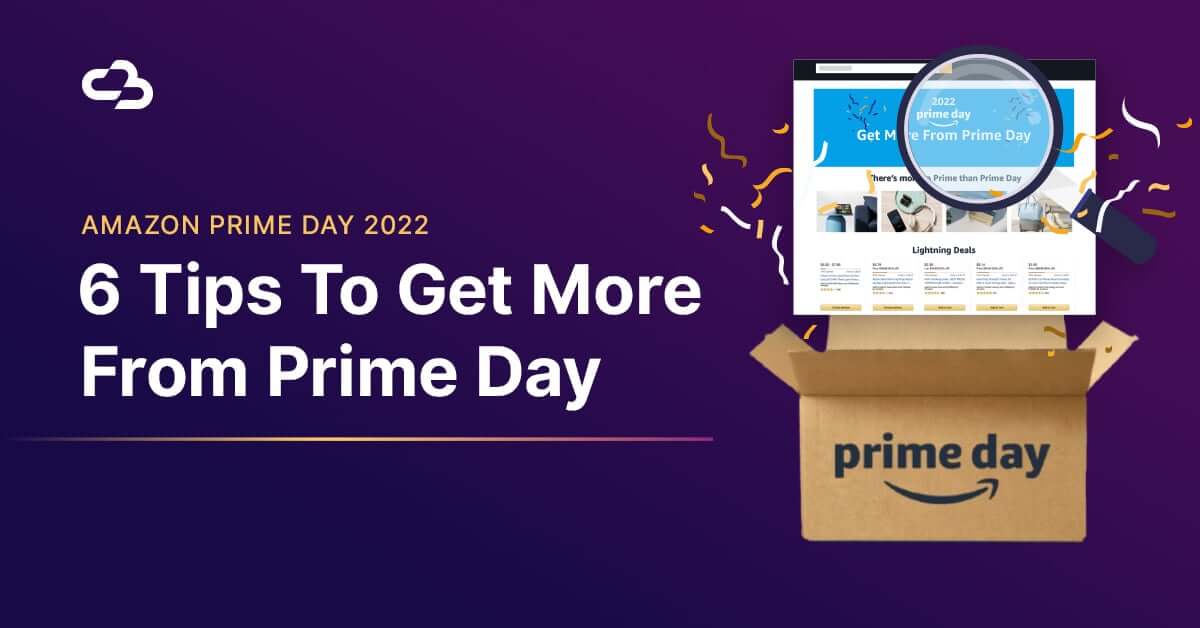 With over $11.8 billion in sales in 2021, Amazon’s Prime Day is THE biggest two-day online shopping event in the world. 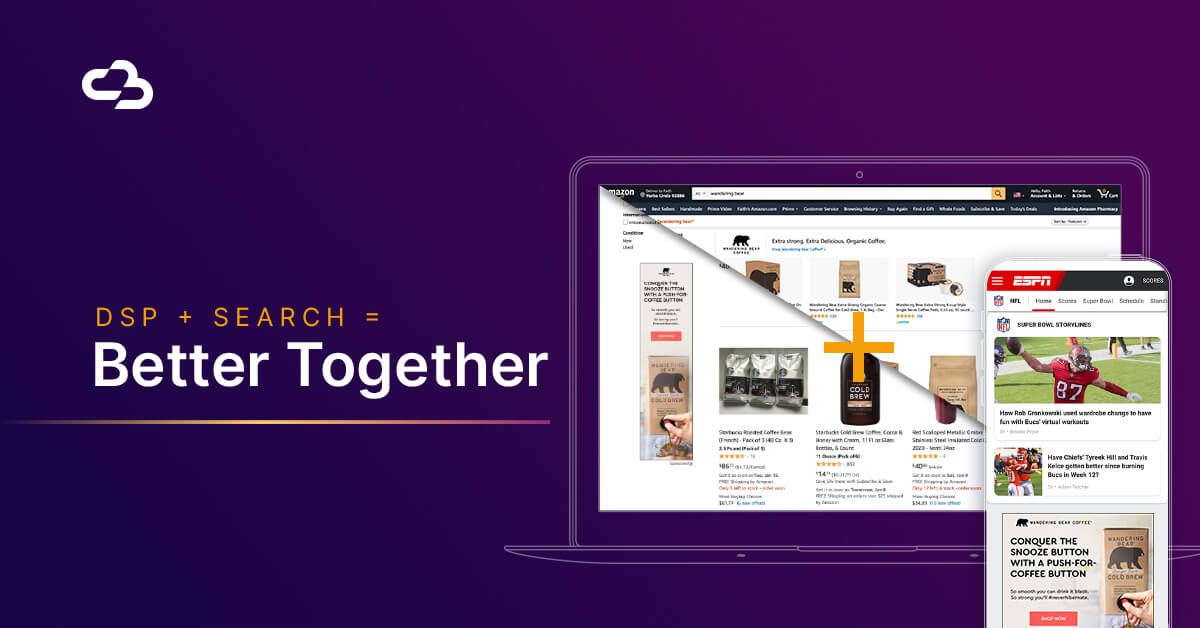 In this industry, there’s a stat that floats around every year and eMarketer just gave us the updated number: 53% of US Adults go to Amazon when searching to make a digital purchase.... 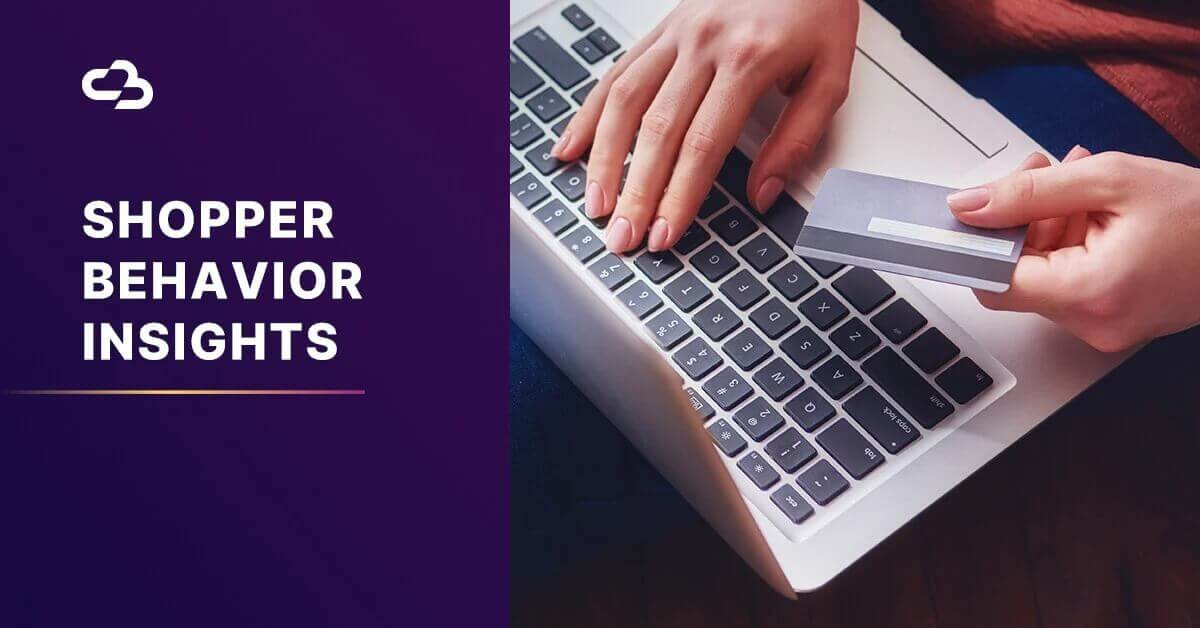 We know that Americans have shifted their shopping behaviors drastically in the past few weeks due to the COVID-19 Coronavirus pandemic. However, we wanted to put some quantitative data behind one of those shopping behavior narratives, “Everyone is shopping online now”...